On October 28th, Beijing time, in the second round of the Meizhou Division of the China A Relegation Division, Sichuan Youbixuan 2-1 reversed Guizhou Hengfeng. Li Yi attended the press conference after the game. 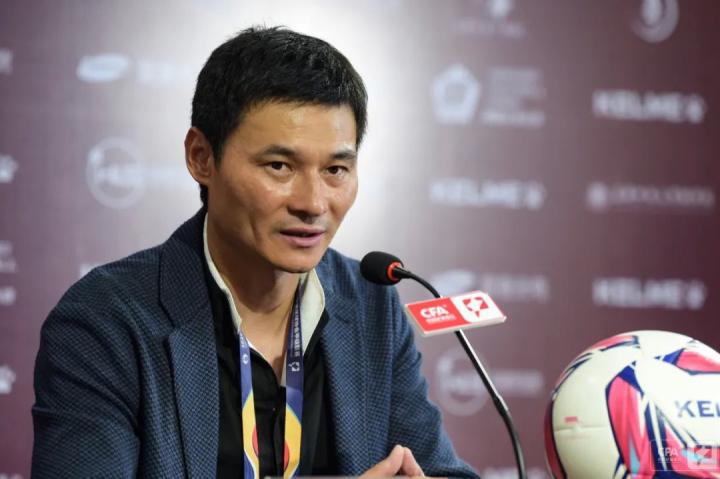 This was a very tough game. At 3 o'clock in the afternoon, the temperature reached more than 30°, and the body temperature may be higher. Moreover, the team has never performed well in high temperatures, but today they did it! The overall strength and personnel of Guizhou is the configuration of the Chinese Super League. Before the game, I also told the players that this team is very strong, and we should do a good job of defense before fighting. Our team members did not give up and reversed their opponents when they were behind. This is the case in football games. Of course they can be reversed if they are reversed by others. We must maintain a good attitude.

One more thing to say is that Wang Song had some low-grade fever yesterday, but his physical condition is not very good. Originally planned to let him rest, but his desire to fight is very strong, because now is a very difficult time for the team, he also came out with illness, and sent an assist, the last moment also played the role of the captain to stabilize the army!

We watched the game where Guizhou played in Shenyang and they showed a very high level of competition, so we have been practicing the switch between five backs and four backs these days, reminding players to pay attention to defense, but still lost the ball at the beginning. But our players did not lose confidence when they lost the ball like they did at the beginning. In the second half, we replaced Wang Qi and revitalized the frontcourt. His goals also reflected the offensive attributes. Song Chen's full-back passing was also the result of usual training. .

No, first of all, I think, in fact, we have no problem communicating. At that time, Dolly was going back to mark people, he had played central defender. The opponent has been playing the ball in the last few minutes, and there is also a player who has a good header, so we let Dolly retreat, and the air defense advantage is better. This is what we talked about before the game.

I think the biggest improvement is in confidence. They are more confident. Although I won the last game, the scene was relatively passive. In this game, our performance was better than that of the opponent, and we were more confident in possession and passing.